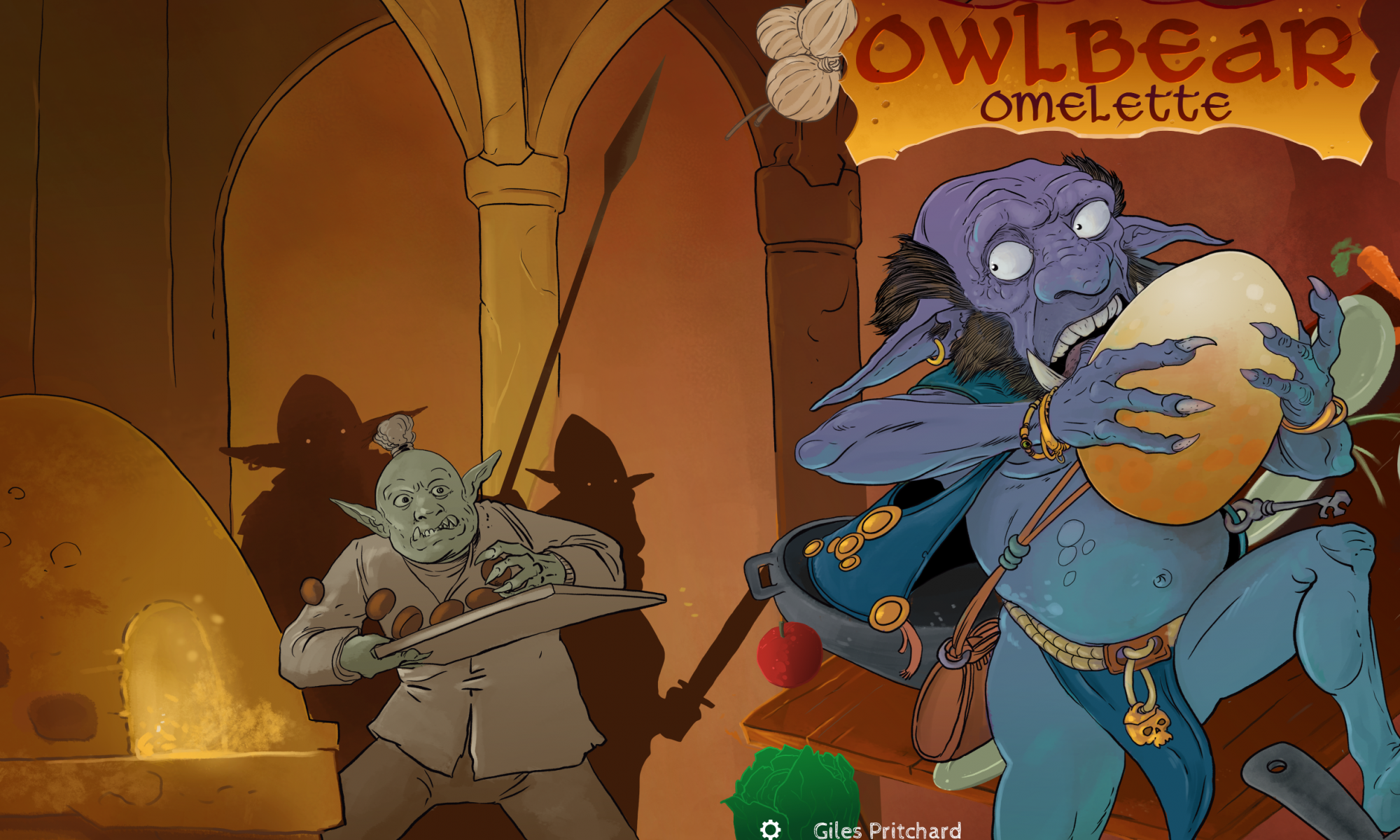 Owlbear Omelette, our first A6 sized pocket-book style game, funded successfully on Kickstarter, has been printed and fulfilled, and is available now from the Caradoc Games webstore. Very soon, you’ll also be able to find it at Indie Press Revolution and Exalted Funeral as well! While it didn’t reach astronomical levels of funding, it funded enough.

A while ago I wrote about Owlbear Omelette as an experiment. I like making zines, and I have loved making games like Corsairs, Rascals, and Foundlings. But the increasing cost of shipping has become a problem. My last A5 zine, Foundlings, costs as much in shipping as it does for the game. This isn’t me price gouging on shipping, it’s literally what it costs. For me to post a bubble mailer just big enough for a game like Foundlings to the US costs me nearly $14 AUD. Paying as much in shipping as for a game is something people in Australia are accustomed to, but it also means we (well I certainly am) are more picky about what games we choose to buy and when. I got some kickback from some Foundlings backers about the cost of shipping, and while I completely sympathize, I charged less than what it actually cost. Owlbear Omelette was an experiment in how I could do better by my international customers, could I make a game I was happy with, and make sure it was sized in such a way as to drastically reduce the cost of shipping it?

Moving to A6 has meant I was able to keep shipping costs to a minimum, and while this format has presented some limitations and challenges, it has also provided opportunities. Owlbear Omelette was a proof of concept – I wanted to see what I could do with an A6 format, something that I could comfortably get away with sending in a DL envelope. How much game could fit into 36 A6 pages? How much did I need to sacrifice from the sort of games I have enjoyed making (like Corsairs, Rascals, and Foundlings)? How much would shipping actually end up costing?

Shipping from Australia to the US costs me about $4 AUD, a full $10 cheaper than an A5 booklet. Yes, there are sacrifices in terms of how much detail I can cram into the space available, but I feel that Owlbear Omelette is a lot of game content in a small package, and it doesn’t cost too much to put in the post. I am happy with the results so far, and it will mean (for a little while at least), that you’ll be seeing more A6 formatted games coming from Caradoc Games.

While all my other games have been a full RPG, albeit in an A5 zine style booklet, Owlbear Omelette took a slightly different approach. It hyper-focused on a story, and everything was designed to lean into that story. It was, in essence, an adventure and a rules system bundled together – with the rules designed to make the most of the story. I wasn’t sure whether it would fund, I wasn’t sure if it would work, and I especially wasn’t sure if it would end up being cheaper for backers in terms of production and shipping. I am happy to say it succeeded on all the metrics I had hoped it would. Sure it didn’t over fund to a great extent, but it funded enough. Enough means I didn’t lose money. Enough is hopefully a good start to building an audience for this sort of game from Caradoc Games.

Owlbear Omelette is out in the world, available from the Caradoc Games store, and soon to be available from indie RPG powerhouses: Indie Press Revolution and Exalted Funeral. Hopefully those who pick it up will have a laugh, and if they play it, I hope they have a blast. Lastly I hope that Owlbear Omelette has done it’s job – proving a proof of concept, and will be the first of many little games from Caradoc Games, where the cost of shipping isn’t going to sour the deal. 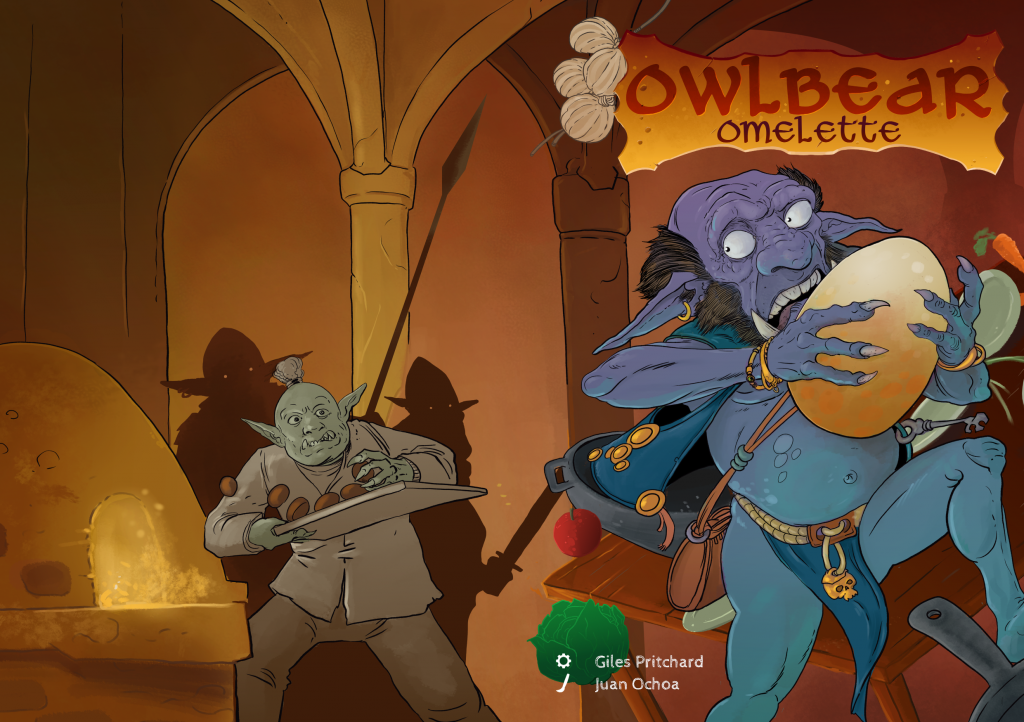 What’s the next A6 game from Caradoc Games?

Prisoners of the Elf King

In Prisoners of the Elf King you play a group of dwarves who have just managed to break free of the cells you were unfairly placed in under the orders of the Elf King. While your burglar helped you slip your cages, the next steps they proposed could be generously described as ‘sketchy’, at best. So, while the burglar heads off to prepare, you and your fellow dwarves are going to find your own way out!

Yes! You’ll all be damned if you let some button-less burglar drown you in barrels, there has to be a fitter way out of this foresty fastness!

Prisoners of the Elf King, like Owlbear Omelette, is a self contained adventure and rules system. The rules have been especially designed to play on the story and themes of the game. You are Dwarves, and naturally, when needed, you can dig deep to get the successes you might desire. But be wary of digging too deep! There are a bunch of fun rules in this game, some for the individual Dwarves to have fun with, some that impact the entire group. I am proud of this little game, and can’t wait to share more about it!