Finally. I hit send. The short story I wrote all the way back in January has been through about seven rounds of editing, and I finally, finally, sent it off. No doubt I’ll get a rejection soon, but hey, at least I finally hit send!

I had planned to write a whole bunch more fiction this year, but I have been consumed by my freelance writing, so that hasn’t happened. I can’t beat myself up too much, it’s not like I haven’t been writing at all. I have written almost every day so far this year, for one thing or another, so that’s been good. I am still itching to write fiction though, one short story/novelette for the year so far and half a dozen other concept sketches isn’t enough. I really need to hove off a few days a week for writing fiction, but when deadlines start crowding it’s easy to put the fiction off and focus on the freelance. It pays.

How to divide up a week of evenings… One evening for a blog post, one for a game; that leaves five. Three to four for freelance work, and one to two for fiction? Can I make something like that work? Inevidibly there are other things that crowd those evenings; I need to spend time with my family of course, then there are events and special occassions and so on. I also have a little trouble, sometimes, switching from one project to another. I tend to like to start and finish something rather than have multiple plates spinning at the same time. So maybe it would work, maybe it’s something I need to work on.

For anyone interested I also updated my Resources page, it contains some links I have found useful, podcasts I have found inspiring, and other bits and pieces. It’s something I will keep adding to as time goes on. If there’s anything: a podcast, blog, link, or site you think I should add, by all means suggest it as a comment and I’ll check it out!

I’ve contributed to a number of games and game books at this stage, in the last five years these have been for Spartan Games and Modiphius Entertainment, but it still gives me a little kick to see the final product. These are two books I wrote for, both for the Infinity RPG, and both now available from Modiphius.

As much of a kick as it is to see my name listed in the writing credits, I think seeing the final piece, a product owed to many hands, is what is particularly pleasing. The covers for both these books look fantastic. I particularly love the cover of the Haqqislam sourcebook, because as much as I love a good action scene, I am a sucker for space ships, and the one on the Haqq cover looks great.

Scrolling through the PDF I love seeing how it has all come together, the interior design and layout, the art, the work of all the other designers, writers and people involved in bringing the book to fruition. I wrote some 20,000 words or so for the Haqqislam book, but reading through it is only one small part of the larger whole. Sitting at the keyboard into the wee hours can feel like an act in isolation, but seeing something come together, from a team spread all over the world, for a company based in the UK, and the licence from a company based in Spain, is a pretty neat thing to ponder.

I finished a novelette at the start of the year, the first piece of fiction I have started and finished for a while. It’s not that I haven’t been writing, as a freelancer in the games industry I have spent most of my evenings writing, but I haven’t written a piece of fiction that wasn’t directly related to a table top miniatures or role playing game for a number of years. Then things got busy. I intended to write more fiction, had plans in notebooks, word docs, on scraps. I intended to write on this blog on a weekly basis, but my freelance work kicked back into gear in early February, and I have been occupied. It may not seem much by the standards of many writers out there, but I have written and submitted around 100,000 words over the course of the year so far, for seven or eight different books that will see publication over the next year or two. At the start of the year I had the goal of drafting a novel, and now, in September, I am worried that I won’t be able to hit that goal.

I went back recently and started to edit through the story I wrote at the beginning of the year. Aside from a general tightening, there are still things I am thinking of changing, aspects of characters, aspects of the setting, and as a science fiction story, I am concerned the descriptions of spaceflight are scientifically inaccurate despite my research. I am still mulling over whether to cut it down to 6000 words and make it a short story, or whether to continue the story (I have plenty of ideas), and make it part of a larger plot. I also have a bunch of story ideas that have been kicking around and variously demanding attention. In short, I am getting the itch to write fiction again. 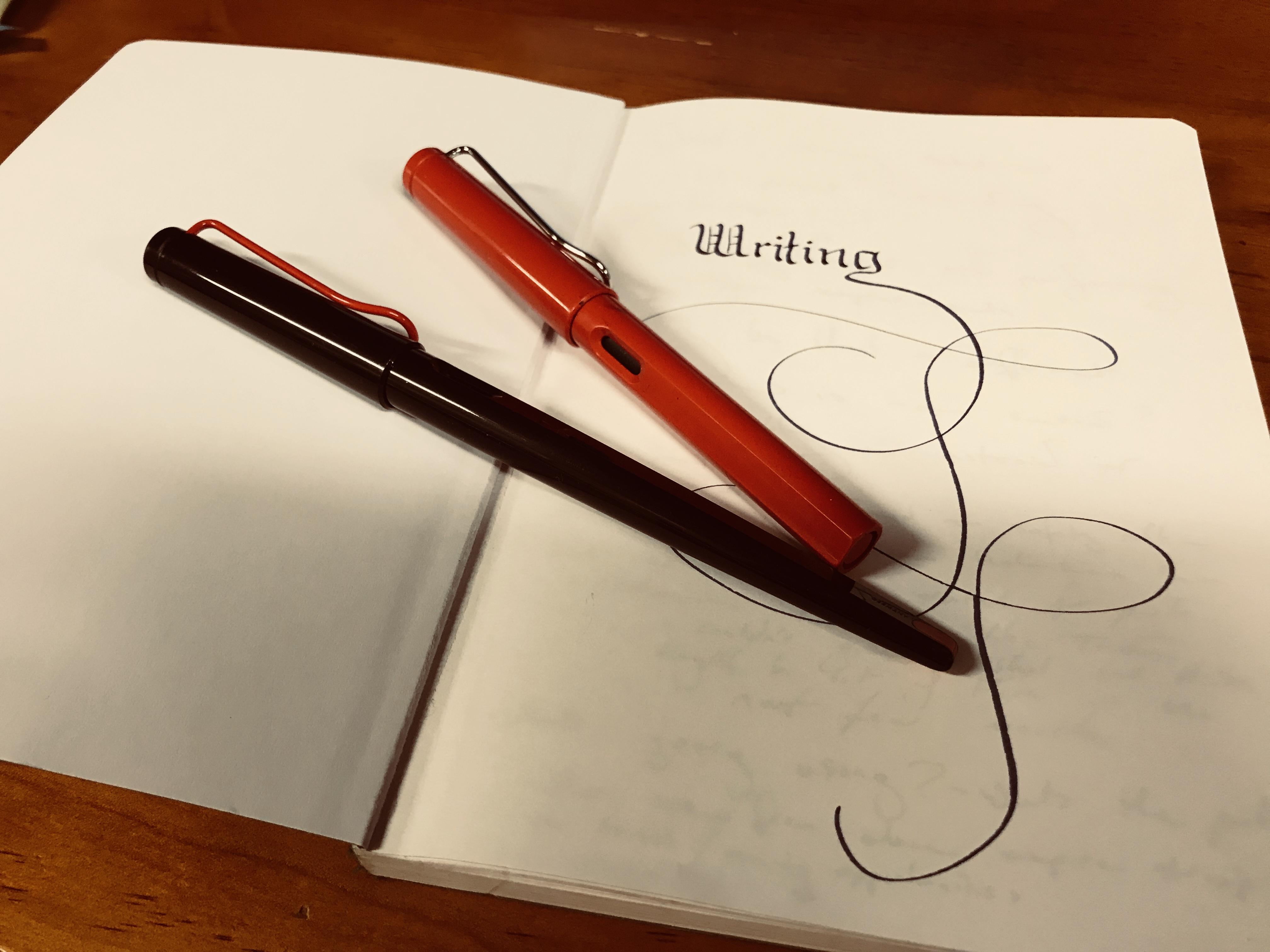 This is a repeated refrain: I want to write fiction. I need to make sure I am disciplined enough to make it happen, to dedicate time to it. I also have freelance work I need to get done. I should also make a point of writing here more regularly than one lone update every few months. What is that stops me writing fiction? I have freelance work to get done, a family to spend time with, a day-job to do. I procrastinate over which idea I should write. I worry about slowing down on the freelance work. I am concerned my fiction just isn’t very good.

I know what I need to do, but doing it is difficult. Stop worrying. Easier written than done. Stop worrying and move at my own pace. Don’t do too much, at least so much that I am dragging myself from bed in the morning or have a hard time engaging with my family after work. I need to permit myself to slow down on the freelance work and give myself time to write the fiction I want to write. I need to understand that my fiction probably isn’t very good, but it won’t get better if I don’t do it. I need to be better disciplined in using the time I do have. I need to pick something and just write it, knowing that it might go no-where, be no good, or need to be changed substantially. But as I wrote above, knowing some of the steps is not the same as walking the path. We shall see…