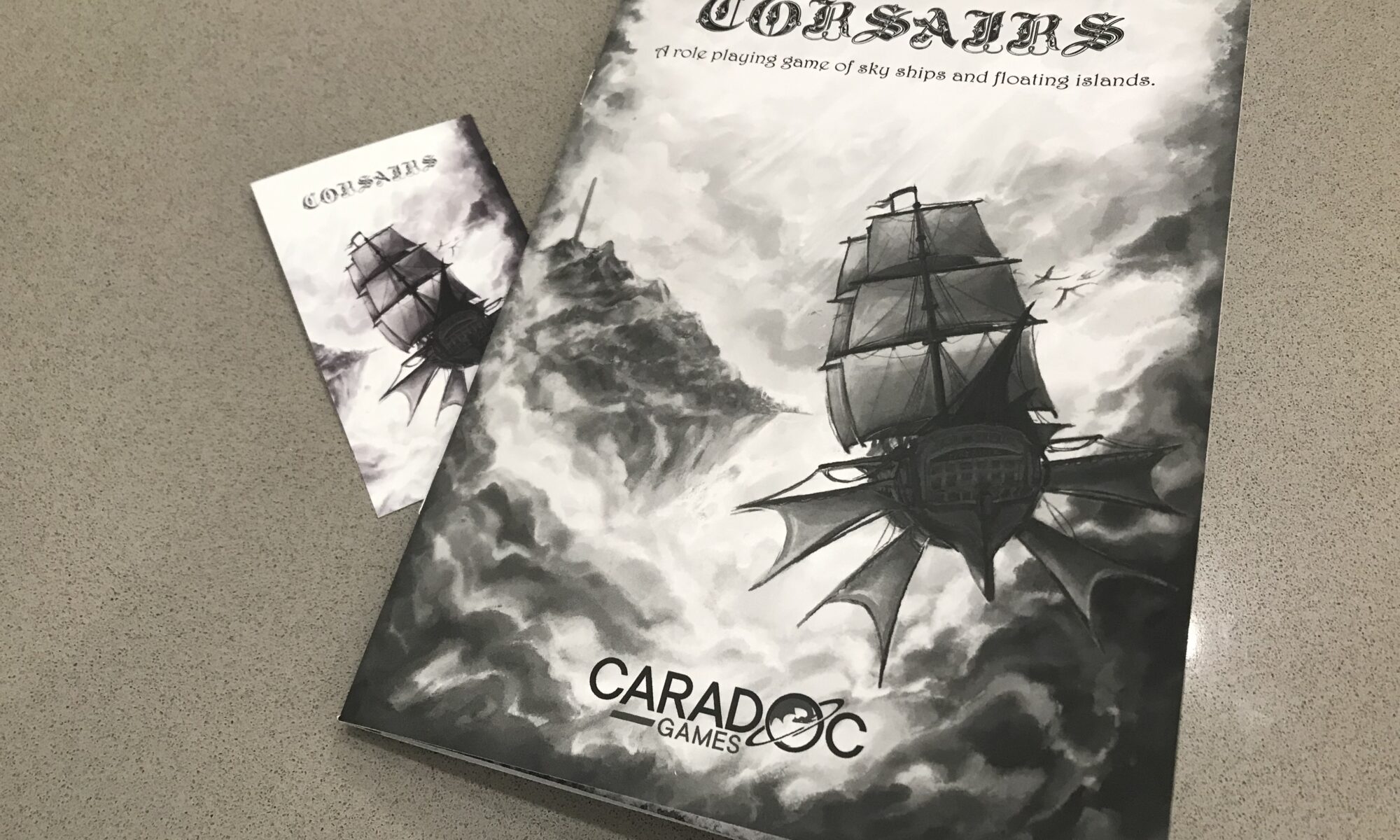 One of the biggest costs for any Kickstarter that is shipping a physical product is… well, shipping. This is especially true when to or from a country like Australia, where ordering a game from overseas can cost more for postage than for the game itself. I was seriously worried about the costs of shipping, seriously worried that if I got the weights or sizes wrong, the parcels I was sending would be bumped into a different category, and therefore end up costing significantly more per zine. As I wrote in my last post, one of the only things I was certain about in the beginning, was that I was uncertain of so many things…

Many Kickstarters absorb some or all of the shipping costs by wrapping them into the backer level prices. I thought I might be able to absorb some of these costs, but that if I tried to absorb too much, the price of backing for the physical zine would balloon to a point where it was ridiculous. I decided, after much uncertainty, to add shipping as a cost after the Kickstarter. Kickstarter allows you to set an amount for shipping, and I set one for domestic shipping, and one for international shipping. I could have used a service like Backerkit, which would have allowed me to collect pledges after the campaign was over. But these have fees, and I thought the cost of doing so would not be much different than doing it through Kickstarter.

It’s important to note, and it may be obvious, but Kickstarter has fees – usually a bit more than 10% of the money raised. Shipping is included in this amount, so whatever you charge through Kickstarter for shipping, will be included in the money raised before Kickstarter takes it’s 10%. I said this may be obvious, but when you are setting backer levels you may easily remember that 10% will be taken as fees. But when you are setting the shipping costs you need to remember this 10% (approximately) applies to them as well.

Before I go too much further there are three key things I was trying to work out at this point. How much would a backer pay for a physical copy, what would I put for the shipping costs (domestic and international), and how much would the funding goal be? Getting one of these right doesn’t necessarily mean the others are correct, and setting either the backer level or funding goal too high would turn off potential backers. The backer level needed to be priced in order that the money gained from a backer would cover the costs of producing the game for that backer. Of course, the economy of scale is at work here (the more zines I print the cheaper per zine they are), and I needed to be able to price out a range of things before I could settle on a solid figure for either. I wrote in my last post that I decided to set the funding goal around a print run of 200 copies, with the idea that if we got more than 200 backers who wanted the physical zine, the excess of funding would cover the next step up in the printing. I also decided to base my backer level costings around the idea that I might only print 50 copies, in which case the cost per zine would be higher. I feel these were conservative choices, and they were partly driven by the idea that more international backers would go for the digital only rewards than the physical rewards (spoiler: I was wrong).

Setting a funding goal meant I had to be able to make a good estimate for what it would all cost – if I printed 200 copies, and included a little of the shipping, envelopes, everything else required, a safety buffer, and the Kickstarter fees – how much money would I need to be able to hit print? So what were the costs?

More research was called for. The biggest hurdle was postage… What was the size of the finished package going to be? What was the weight? These things impact the cost of shipping significantly. I printed test copies off to see what the weight might be – but the tests were not the right gsm, not the right cover card, the envelope I added wasn’t the same as the ones I would use in the end, but these tests gave me a good idea.

Shipping from Australia Post is based around the size and weight of a package (surprising, I know). For a zine, I could get away with sending them as letters. Given the size of the envelope I had the following costs…

Domestic shipping through economy post, using a large letter (which would be the size of envelope), would cost me:

Internationally sending a large letter through economy post would be:

I did not think it would be more than 250g, but it could easily have been more than 125g, the envelope counts too of course. While the difference between 124g and 126g in costs for shipping domestically is small, it jumps by more than $5 internationally, which is not an insignificant leap. Especially when I did not have an exact idea of how much the zine, envelope, etc would weigh, just a rough estimate.

Once I had settled on Mixam as the printer, they were kind enough to send me estimates of the weight of a single book, I also bought a few envelopes and used the heaviest for my calculations. Despite all the tests and estimates I still wasn’t 100% sure what the prices were going to be until I actually walked into the post office and was relieved to find I was right – it is within this size of 260mm x 360mm x 20mm, and less than 125g? Well, I’m not 100% because I haven’t had them printed yet, but I estimate that is the correct sizing and weight to be…

With the tests made and weighed, adding in a heavier envelope of the correct size for good measure, I made the judgement that the zine would, in fact, weigh less than 125g, but more than 50g. This would mean that shipping domestically *should* cost $2.20 per zine, and internationally *should* cost $8.30 per zine.

When I looked for envelopes I found plenty of options, but the ones I found early were quite expensive, at about $90 for 200, including shipping I rounded to $100, and that meant $0.50 per zine. Shipping labels I found for $30 (I could have gone cheaper, but wanted to be able to print them out – more on this in another post).

So what were the costs looking like given the ideal plan of shipping 200 copies?

I decided to absorb a small portion of the shipping costs by rounding the cents down to the dollars, $2.20 and $8.30 became $2 and $8. Ahh! But… Kickstarter collects that shipping as a part of the funding total and then applies it’s fees… so 10% (roughly) of each of those values was taken by Kickstarter… a point I initially (and stupidly) overlooked. Luckily I had built a margin for screw ups.

Of course, if I got 200 backers all of this would work out perfectly… which is why I based my final choices for the backer levels and funding goal on the more conservative estimation based on printing only 50 copies, where the costs would be defrayed over far fewer backers, meaning less profit margin on each zine. More on that in the next post though…

In the end, after all was done and dusted, Corsairs ended with 149 Backers wanting a physical copy. I posted those out a few weeks ago, and it cost a little over $1100 to do so. Meaning, of course, that a bit less than a third of the money raised by the Kickstarter when into postage.

3 Replies to “Shipping a game about Ships…”