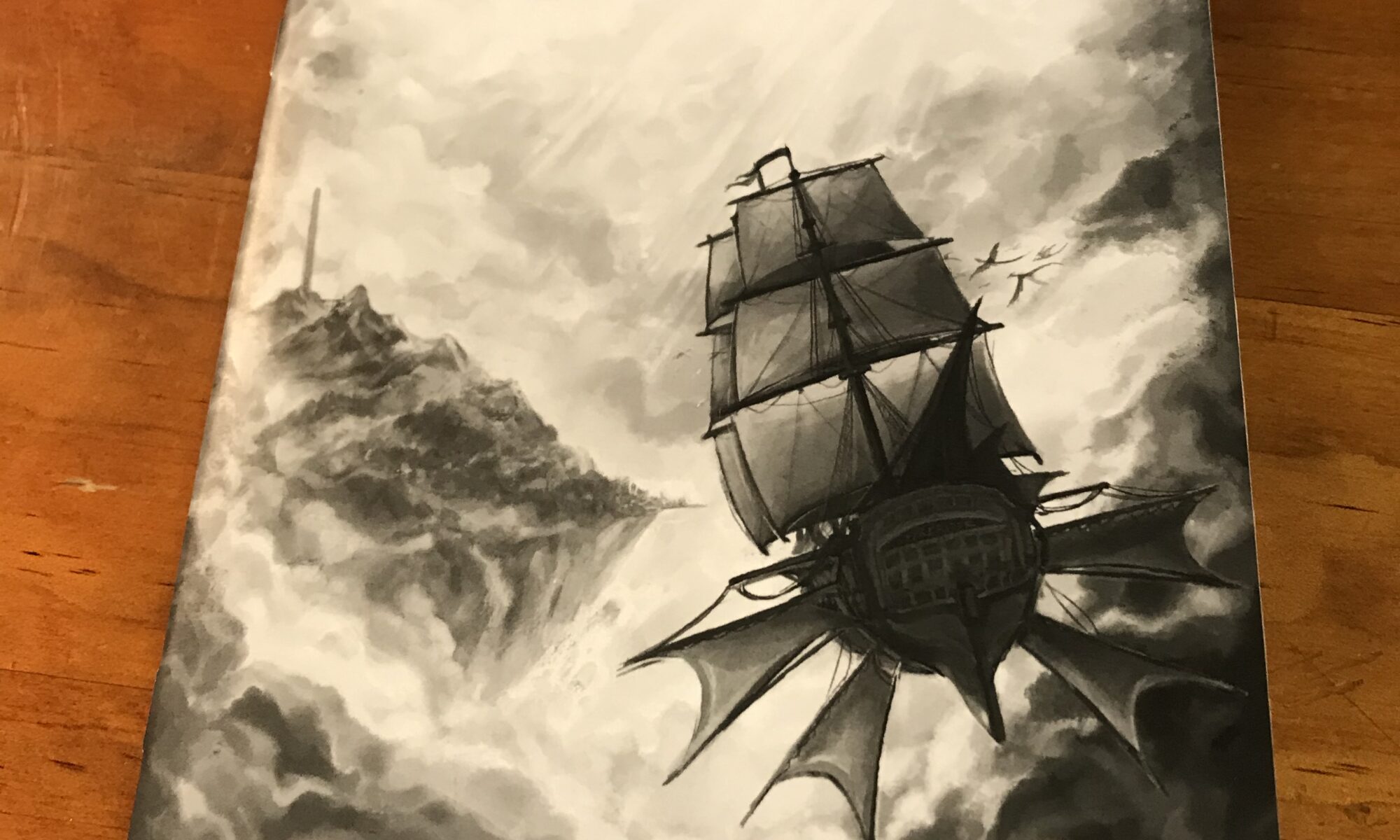 When I decided to run a Kickstarter as a part of the ZineQuest, I was pretty sure that the only thing I was certain about, was that I was uncertain. I was uncertain of so many things. But… let’s start with what I knew:

So what didn’t I know?

And soooooo many other things…

I started with one thing: what would the costs for printing be? I inquired at a local printers and looked at Mixam online. From the local printer and from Mixam I looked at printing quotes for 50, 100, 200, and 300 A5 zines with a range of paper qualities and cover types. In the end I knew that I had to settle on something, so I chose to run with an internal book of 32 A5 sides, printed on 115gsm silk paper, and a 4 side cover in 250gsm with a laminate finish, saddle stitched. This was the book all my prices were based on, and the book I would eventually print. I had no intentions to including stretch goals that added colour, special effects, or anything of that nature. My reasoning? This was a first experiment at a Kickstarter: keep it simple the first time around, follow the ZineQuest guidelines, and get it done successfully.

Originally I was going to use a coloured card cover, but to have it laminated locally was going to involve a second business, and that was going to push the prices up higher. Going local was something I wanted to do, but with fewer options available, and a much higher cost for printing involved, I ended up going for Mixam. This was a final choice I made during the Kickstarter.

If I was to print 200 locally, it was going to cost around $675, through Mixam with the same paper weights and laminated cover, it was going to cost a little over $400. With uncertainty the name of the day, especially around the costs of everything involved, I decided to go with Mixam. I had read good reviews of Mixam’s printing quality, and while I would have liked to support a local business, I made the choice to go with Mixam.

While I was working all of this out I became painfully aware of how much international shipping was going to cost. So how to price out a funding goal? I made the assumption that international backers would tend to go for PDFs (I was wrong), and assumed that the printing costs therefore were likely to involve a smaller physical print run. The cost of printing overall goes towards working out the funding goal level, but divided by the number of booklets printed it contributes to the price of the backer level. For the Funding goal calculations I decided to hope, and chose to use the prices for 200 copies. For the backer level prices I decided to go conservative, and run with the per zine cost of a print run of 50. I was hedging my bets, hoping that the price of the larger run wouldn’t make the funding goal too high, but trying to ensure that the backer level prices were high enough to cover a worse case scenario. I was happy I made those choices…

That worked out, what else did I need to know to work out the Funding Goal? What were the other costs involved?

While I was researching the costs of printing, I was also working out the costs of shipping, but… I think I have written enough for now. The next part will come next time.

One Reply to “Certain of my uncertainty”