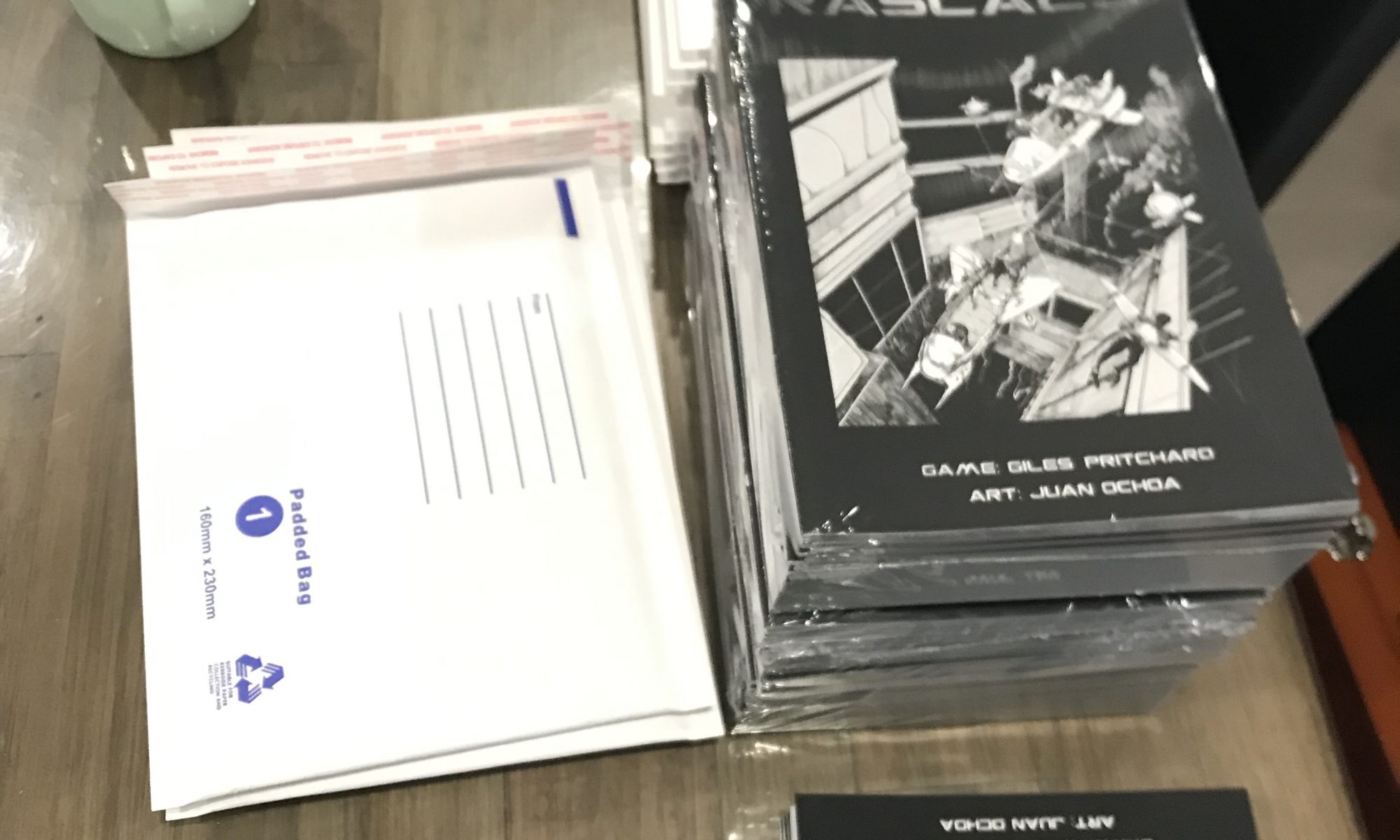 Rascals is in the post and winging it’s way around the world!

After a mildly stressful beginning, the Rascals Kickstarter has been fulfilled. So what was the stressful part? Well, full of excitement, I marched into the post office with the intention of sending off Rascals. The postal worker informed me, that due to Covid, Rascals would be treated as ‘parcels’ instead of ‘letters’. A difference that would mean the cost for shipping each copy of Rascals would more than double, and that the money gathered for shipping was no where near enough to cover what I was told it was now going to cost. After recovering from the mild fit my heart decided to undertake at this news, I decided that discretion was the better part of valour, and legged it.

I was fairly confident I had done my due diligence, and had researched the shipping costs properly, but by the same token, Covid has had a way of changing things rapidly. Add to this that fact that being told a thing by a person who should know has a way of getting one to question one’s own reality, and I was ‘somewhat’ concerned.

After undertaking some more research, and finding that I had been correct after all, I decided the best course of action was to try my chances at a different post office. Thankfully the people there were wonderful, took everything in hand, and to cut a long story short: Rascals is in the post.

Now seems a good time to mention that in addition to Rascals you can also download the adventure module, Operation: Bramble, get a copy of the official card deck, as well as make full use of the Rascals DLC for TableTop Simulator​.

I have been thrilled to see some photos from people locally who already have their copies, it is wonderful to finally see the game in the wild!