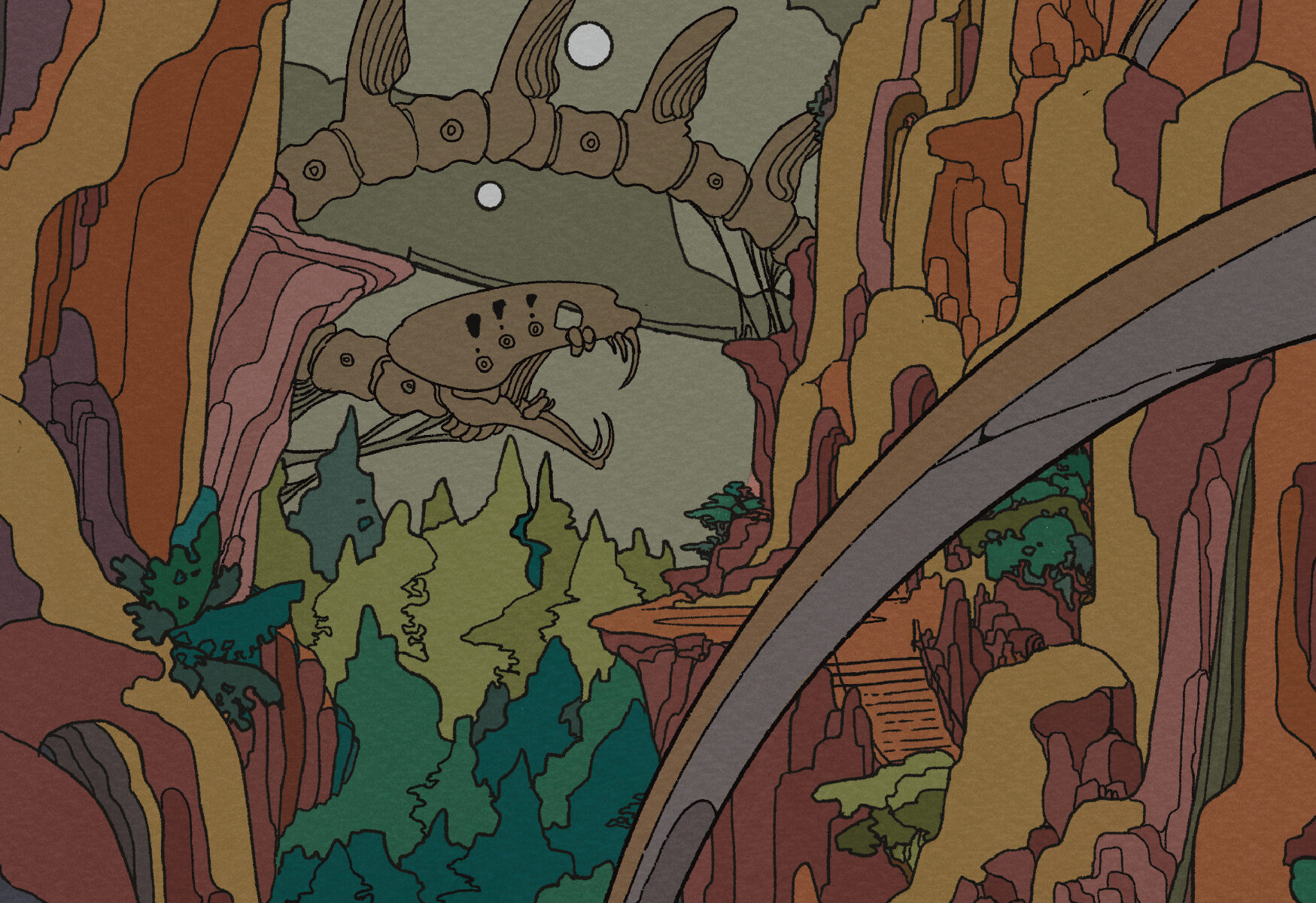 After some delays, Rascals is being prepped and packaged, ready to post… I have finished all of the ‘One-of-a-Kind’ backer level pieces, which ended up including a lot more of my drawings than I had expected (my humble apologies to everyone who is about to get more of my attempts to ‘art’ than they bargained for)!

For anyone interested, the TableTop Simulator DLC is a great way to play Rascals remotely, and can be found here.

Speaking of the DLC… using the card images I made for TableTop Simulator, and the wonderful art from Juan Ochoa, there is a deck of premium poker cards available print-on-demand from DriveThruRPG, and you can find them here.

Below is a link to survey about the future of Rascals. If you have, or are interested in Rascals I am keen to read what you would like to see next…

What’s next for Rascals? 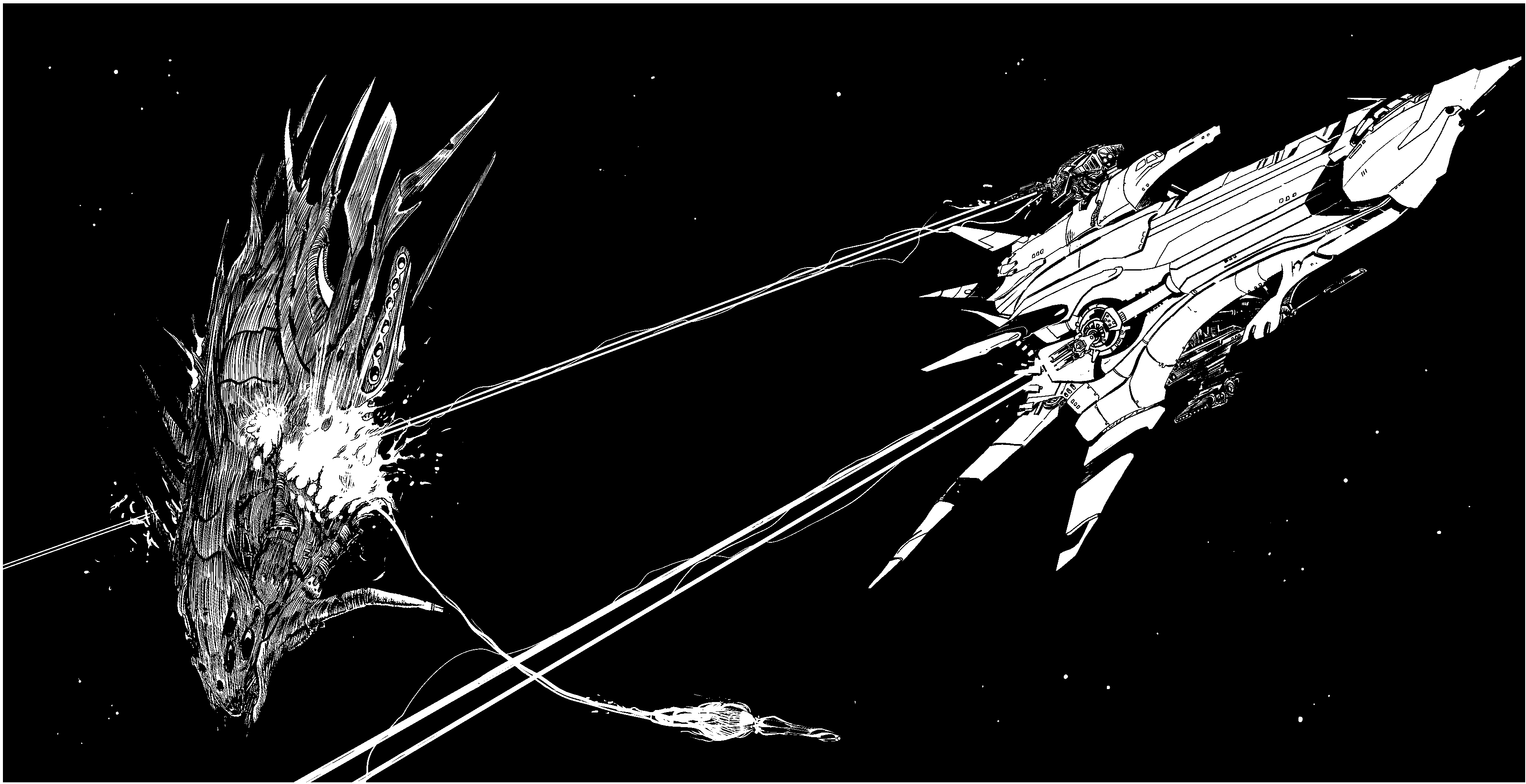 I’ve written about Heralds previously, it was originally the game I had intended to release for ZineQuest 3, but as I worked on it I realised it needed to be a larger game than would fit comfortably in a zine format. Heralds will be the largest game I have produced so far, and I am really excited to see it taking shape!

So what is Heralds?

Some choose the path, some are chosen, others are called. All accept the risk; all know from scar and memory; the path is not easy. Across rock and ice, through canyons deep and valleys strange, under brutal sun and violent storm, on old paths and new, so venture the Heralds.

Heralds is set in the world of Ashmerl, a world where the ebb of magic has had a profound impact. What was once a united empire has been smashed apart, the old low-ways of the World Beneath, which joined the many Enclaves of the World Above are sealed now, too dangerous to travel. Enclaves which once bustled with trade and wealth have been separated, and forced to survive alone as best they could…

The characters are Heralds of their Enclave, daring the hazardous paths over mountain paths and unknown valleys, looking to reconnect what once was whole. But as the world has changed, so too have the people.

In Heralds, the Enclave where the characters grew up is a vital living element of the game. As players make their characters, they will also build their Enclave: map and history. As a group plays, the characters will grow, change, and develop, and so too will the Enclave.

I am hoping that Heralds will hit Kickstarter a little later this year. I won’t say much more than that right now, as development and writing are still ongoing; but I will have more to share over the next couple of months. Until then, here is an early draft of the cover, with art by the supremely talented Andie Lugtu… 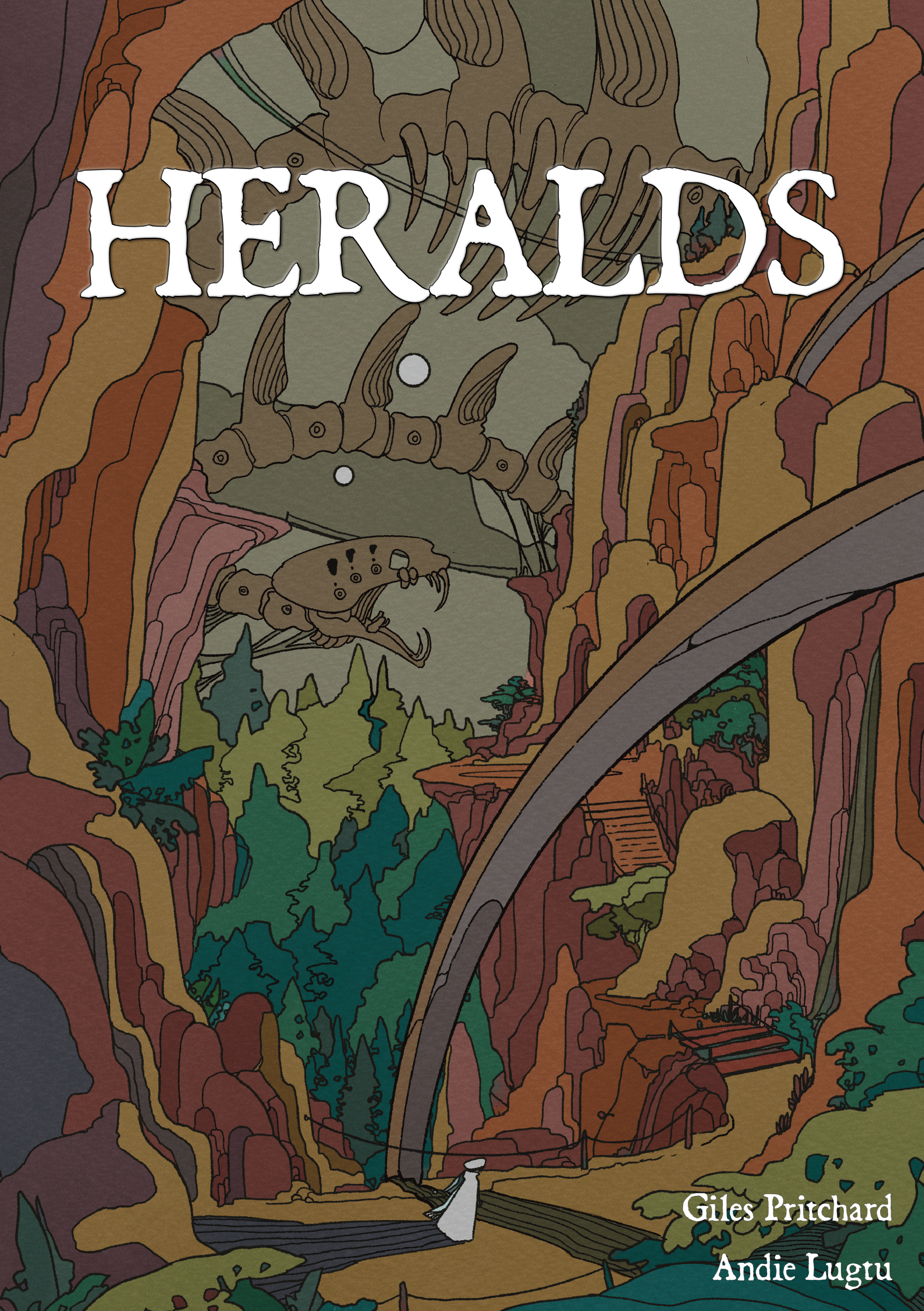 Or, if you’re US based you can get a copy from Spear Witch, here.

Or in Canada, from Monkey’s Paw Games, here.

I think I have said enough this time around, until next time…