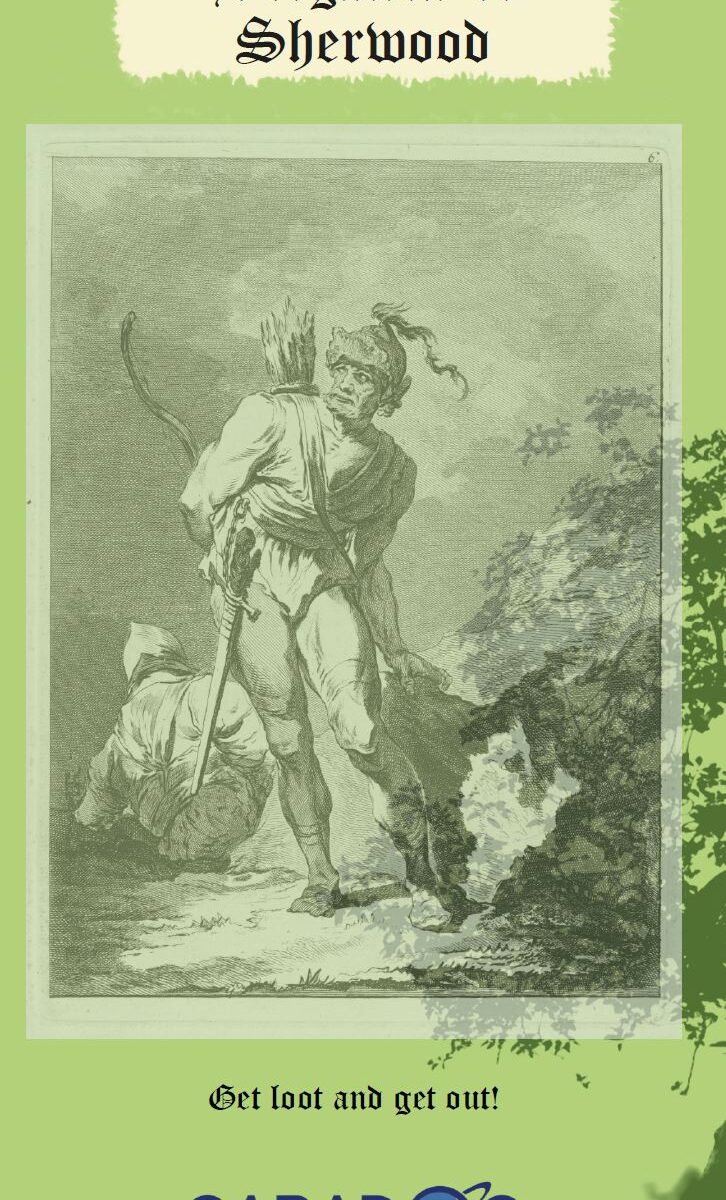 It used to be that a person could make a handy living robbing passers-by in Sherwood forest, but since Robin and his Merry band of fools turned their hand to it, everyone expects a good old dose of ‘giving to the poor’. It’s hard to make a living when every starving beggar has their hand out!

In Brigands of Sherwood the players are criminals trying to end their adventure with as much loot as possible. The characters are simple dishonest thieves trying to steal enough loot to retire. Will they be able to fill their loot tracks? Or will the presence of Robin Hood mean they have to give it all away?

The rules are simple, and players have the chance to take a shot, by flicking a disc or die, to gain a bonus to their skill tests. This expanded edition includes some extra rules and an alternative character sheet, as well as a short adventure sketch.

Brigands of Sherwood has been updated to include a brochure layout version of the game. The downloads include the older A4 version, as well as the updated brochure.

Be the first to review “Brigands of Sherwood” Cancel reply