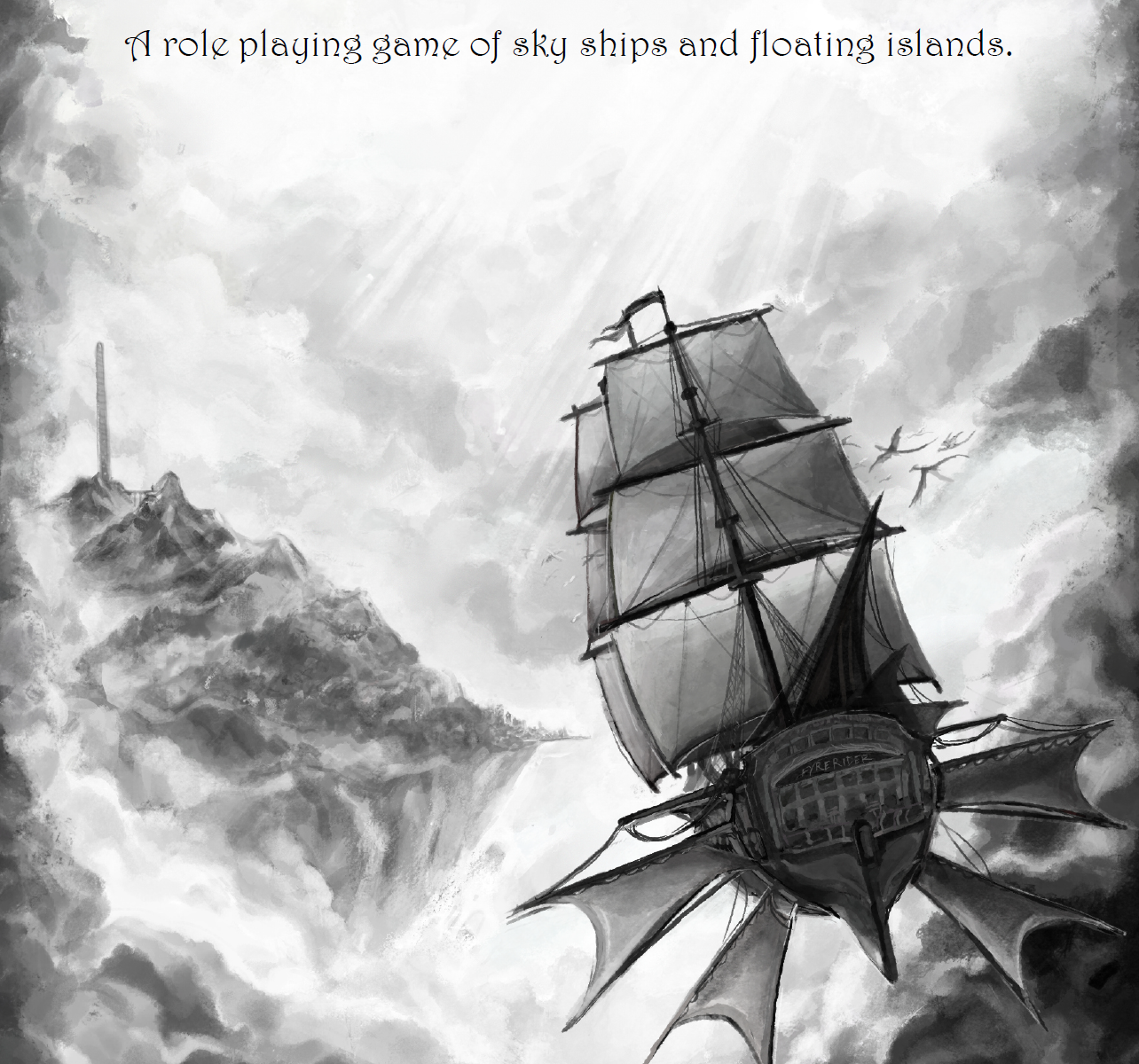 I started developing Corsairs as an idea back in the middle of 2019. I wanted to make a game that mingled the ideas of pirates and freedom fighters; rebellious sorts who wanted to strike a blow for freedom against the machinations of heartless Empires. Tropes common enough in modern takes on pirates in film and TV. So the setting was born, and the game systems evolved from that. I might take some time in another post to talk about the evolution of the mechanics, but today I want to talk about the game itself, as a thing, and about ZineQuest in general.

In 2019 I started a Patreon, with the idea that I would make a series of micro-games and people would flock to my Patreon, and… no. Not really. I started a Patreon, and released a few smaller games through that, and subsequently on DriveThruRPG and Itch.io. You can find them on the ‘Our Games‘ page if you’re curious. Corsairs was originally intended to be a part of that, one small game in among many. But… As I designed these smaller games they grew… Freedom or Toaster was the first, and each game subsequently grew a little… Part of that was the idea that I would have ‘exclusive content’ in the Patreon version, while the base game would be on DTRPG and Itch. As I was writing the beginnings of what would become Corsairs it was already becoming a ‘larger thing’.

Then Kickstarter announced it would be doing ZineQuest again. ZineQuest was a thing I wanted to do. A thing I wanted to challenge myself to do. I had a choice. I could develop a new game specifically for the ZineQuest, or I could continue to develop, test, and make Corsiars into that game. I was honestly torn. Corsairs had already had a bit of work, and if I had pushed I could have quite easily released that and done something else for ZineQuest. It’s not like I’m lacking in ideas.

I decided not to do two things almost at once. Running a Kickstarter for the first time, actually writing, getting art, laying out, printing, and shipping a game would be enough work. I’m glad I chose to focus on Corsairs, because it gave me time. I had time to finish the game rules in September and November of 2019. And that gave me time to do a ton of research into all the things I didn’t know I needed to know for producing a game. Writing one I could handle, producing one, that was new. I’m glad I gave myself time, because there was a lot to learn.

So I decided to do ZineQuest, and that changed things. It changed a lot of things. What was going to be a coloured A4 PDF needed to be a two tone A5 booklet. What would that even look like? What is imposition? What size envelope would it need? How much would that cost? I made some early prototypes, just to get a feel of what size it would be and how much it might weigh. Would it be under 50g? That would make shipping very affordable! More than 50g and the price nearly quadruples. Australia, woo!

What would I do for art? How much art? How much is art? What rights and rules are there around using art? All of these were things to consider. I drew the first cover, it was the image that I used for the Kickstarter. I knew I wanted to get a professional artist to work their magic, but that was only something I could afford to organise if the Kickstarter was a success, it was only something that could happen if I met the funding goal, and then the stretch goal for professional art. Thankfully it did.

With the rules already written and tested, I could spend the latter part of December and January preparing for the Kickstarter, researching, working on costs, and trying to nut out a plan of how I was going to actually run the Kickstarter itself. This involved a lot of emails to artists, to people who had previously run Kickstarters, and looking back at the games that were released in the last ZineQuest. I knew the ‘rules’ of ZineQuest stipulated two tone, saddle-stitched booklet or loose pages, and a few other conditions, but I also knew that plenty of the games that had been in the 2019 ZineQuest had broken those rules with impunity. There was colour galore and a few hardbacks in there too. Still, I wanted to do the thing, and I wanted to stick by the guidelines, for 2020 at least. I could, maybe even should have had a colour cover as a stretch goal, but I love what it looks like now, so I’m happy.

How things change… Corsairs grew from what was to be a small micro-rpg released on Patreon to a 36 page saddle-stitched booklet with professional art funded through the Kickstarter promotion of ZineQuest.

INSERT OBLIGATORY PLUG: If you don’t have a copy of Corsairs you can fix that by heading to DriveThruRPG or Itch.io. If you missed the Kickstarter and are interested in a physical copy of the zine, there are still some physical copies left, contact me at caradocgames@gmail.com for details. END OBLIGATORY PLUG.

Running the Kickstarter for ZineQuest was a great learning curve and a wonderful experience. I won’t pretend it wasn’t a lot of work. It was. I won’t pretend I didn’t spend a lot of hours writing updates, comments, getting the word out there, pushing, pushing, pushing. I did. But it was worth it. Not terribly worth it from a financial point of view – that might be the subject of a later post. But worth the experience. It was a learning curve, and I did a lot of things I had never done before. I commissioned art and got to work with a wonderful artist, Felicity Haworth. I got to buy a large quantity of envelopes after working out which ones were the right size. I got to lay a document out, and decorate it with ink spatters and mess. I got to price shipping for the UK, the US, Iran, and China. I got to work out costings, incoming and outgoing, and then hope like crazy I hadn’t made some egregious mistake in there somewhere. I got to communicate and interact with a huge number of zine fans and indie TTRPG folx. All of it was a great experience, and yes I would do it again. Yes, I am planning on doing it again.

If you are at all interested in running a Kickstarter, or participating in the ZineQuest, I have tried to keep a record of many of the helpful sites, links, and online posts on the ZineQuest page here. These helped me greatly. There are also links to the articles I have written on this blog, charting my thoughts, plans and experiences. Articles I plan to continue with, and will continue to link there.

So final thoughts? If you’ve ever considered writing and making an RPG ZineQuest is well worth trying out. Check out the ZineQuest page on this site, and do your research. It is a lot of fun, and well worth doing.