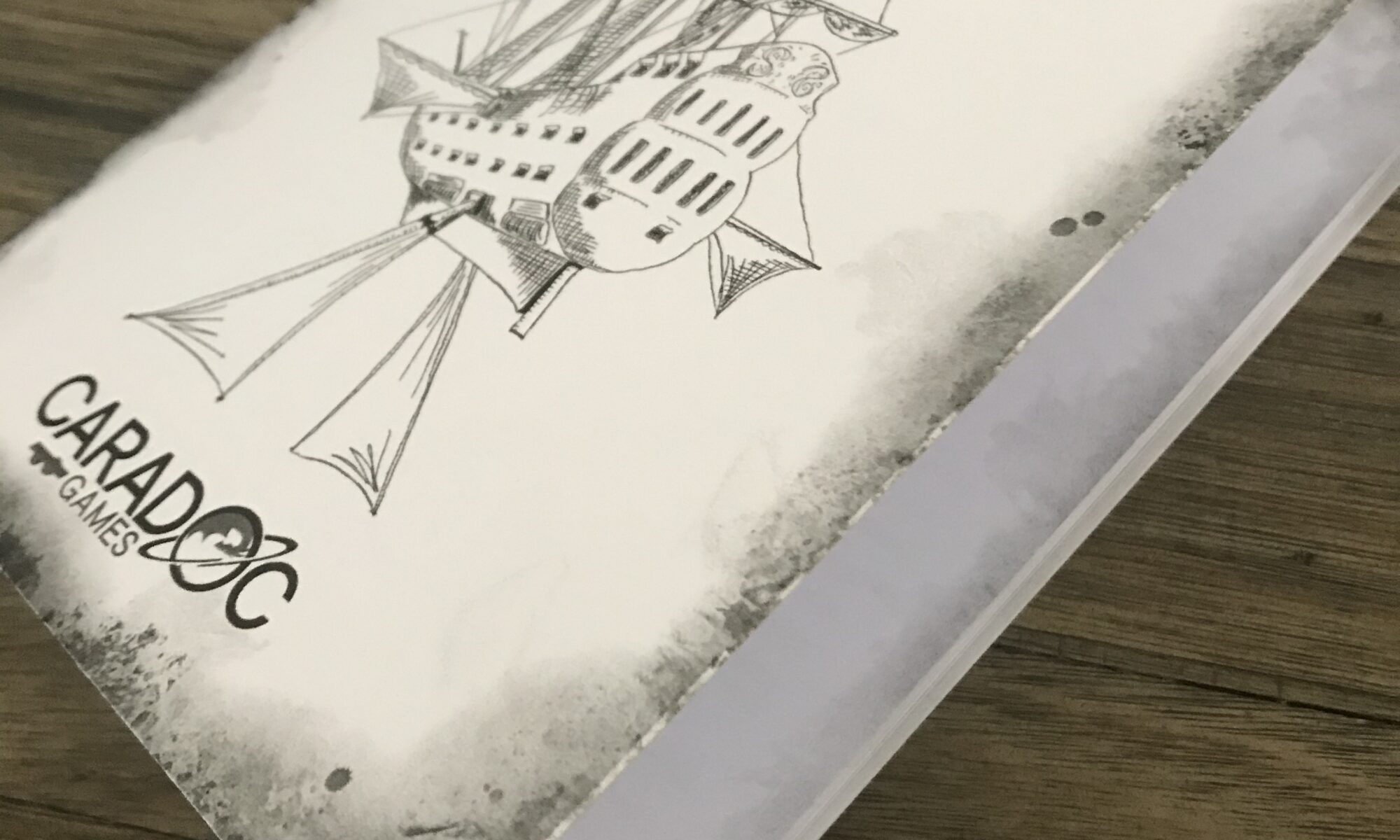 Corsairs will be coming to Kickstarter as a part of the ZineQuest in a few days time. In the lead up I wanted to show a few of the details, and today that means talking about characters!

Characters are built around their statistics: Finesse, Might, and Wits. This dictates the base number of D6 rolled when a character is attempting a task. Each statistic has three linked skills, and these will provide bonus dice a character may roll, and can be improved with experience.

Characters also have Luck points, and these may be used to modify dice, or to add some narrative element or device to the game that aids the character in their hour of need!

As the pirates close in on poor old Edward Evans he stumbles across a small gully, Evan’s player spends a luck point and states that in the gully are some picketed horses… just in the nick of time!

Relationships provide a benefit or impose a negative effect when the characters are working together and helping each other out.

Characters have gear! Each character will also begin the game with one special item. Scarred Pete had his monkey, Del Fuego had his moustache. Special items provide a bonus to one skill.

At the bottom of each character sheet has a Damage chart, which is where a player tracks how injured a character is. Injuries can mean negative effects for the characters, like the Cursed condition. The Damage chart also shows how difficult the injuries are to heal…

Lastly, most characters will have a role on ship, this will mean certain jobs they are in charge of when a ship is getting ready, plotting a course, sailing, or locked broadside to broadside with an enemy!

Corsairs will launch on February 2nd! Check out the pre-launch page here, and click to get notified when it launches!